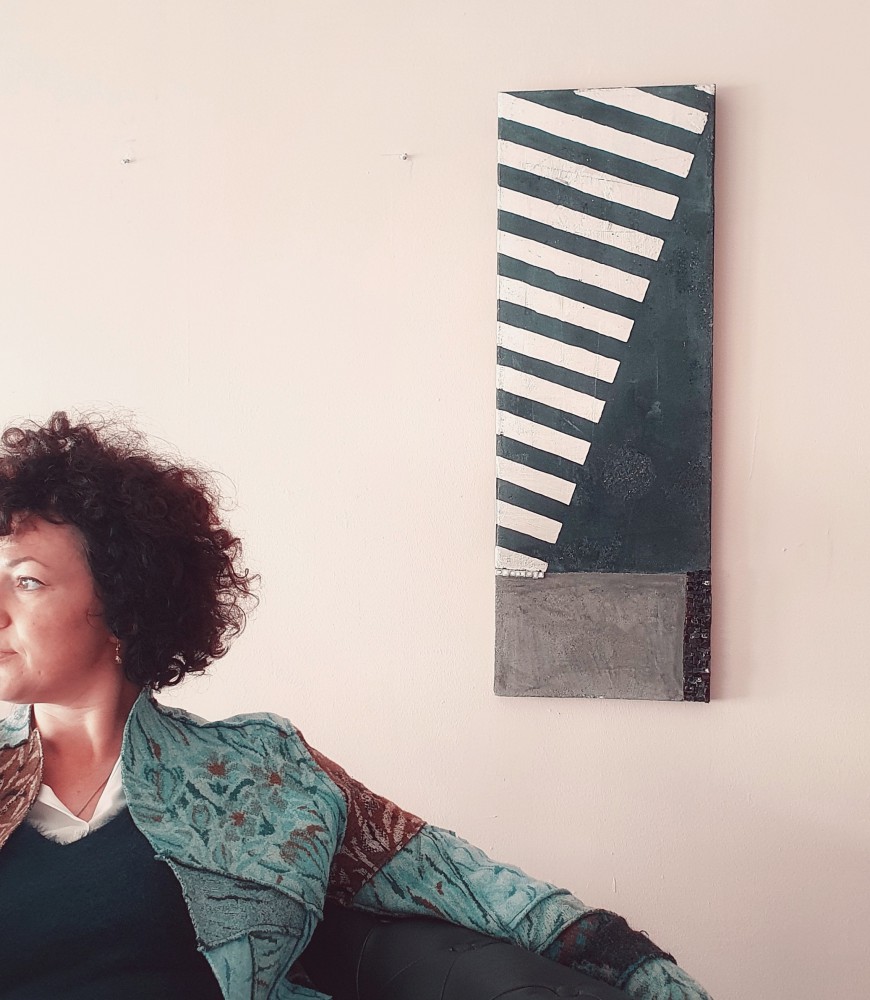 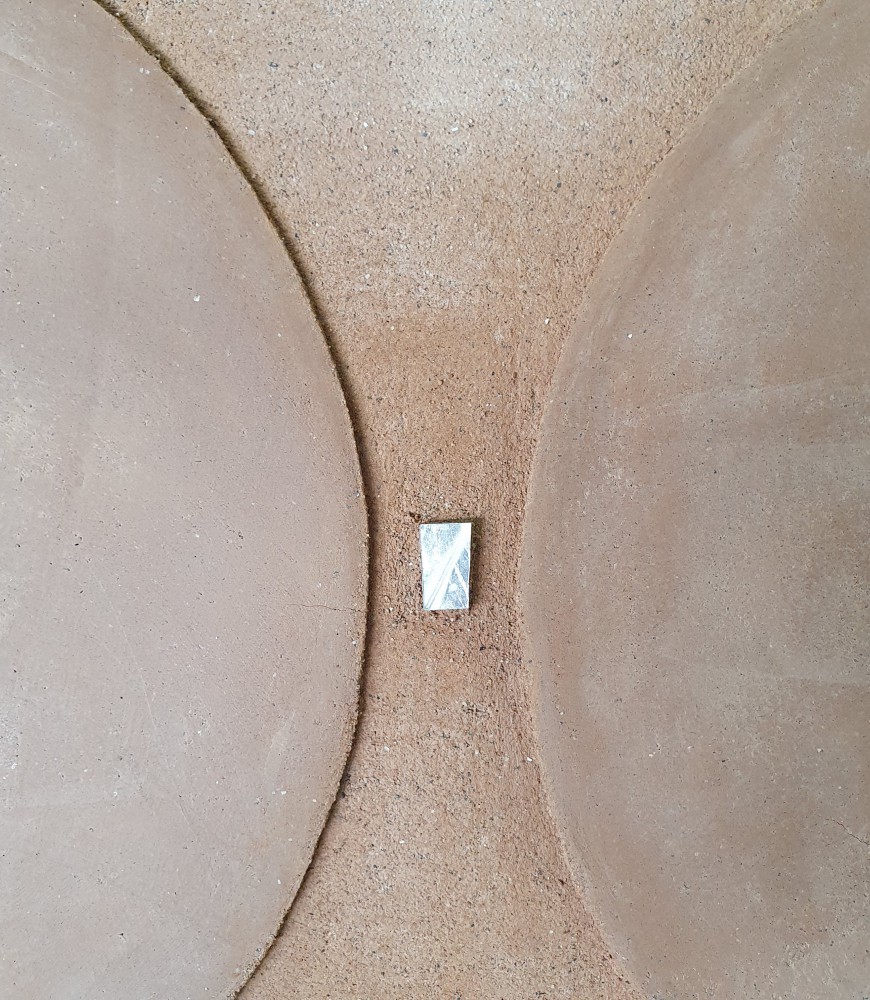 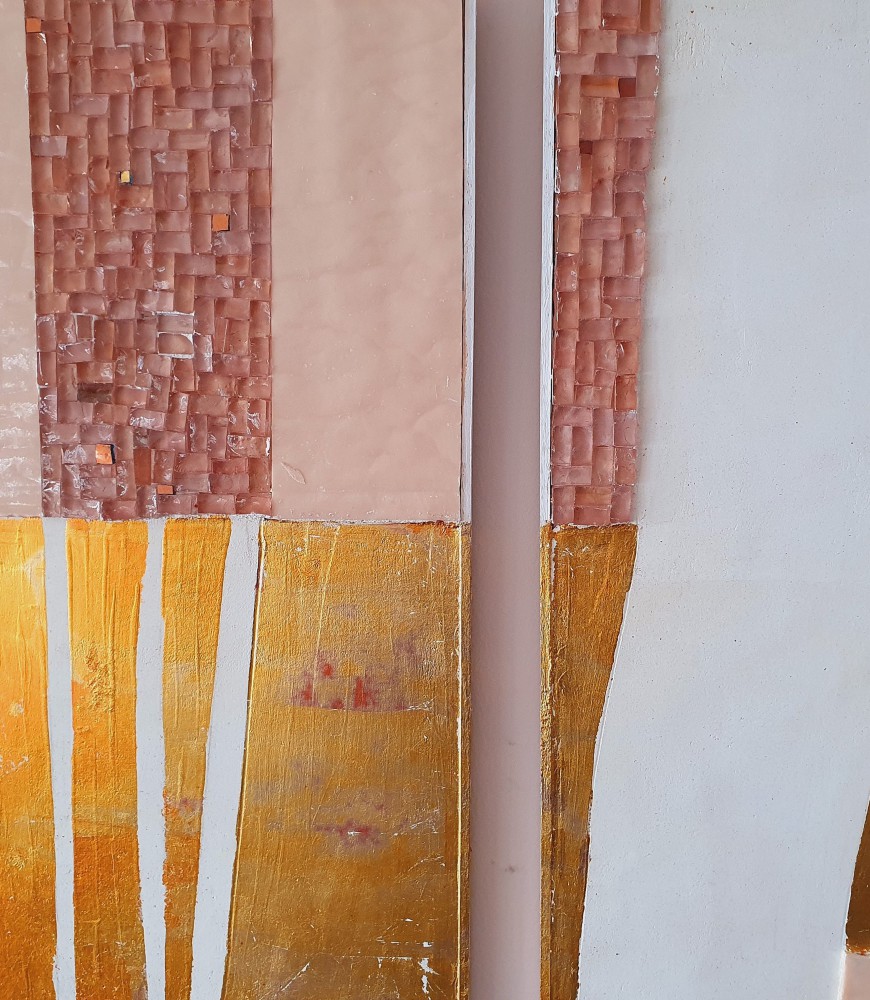 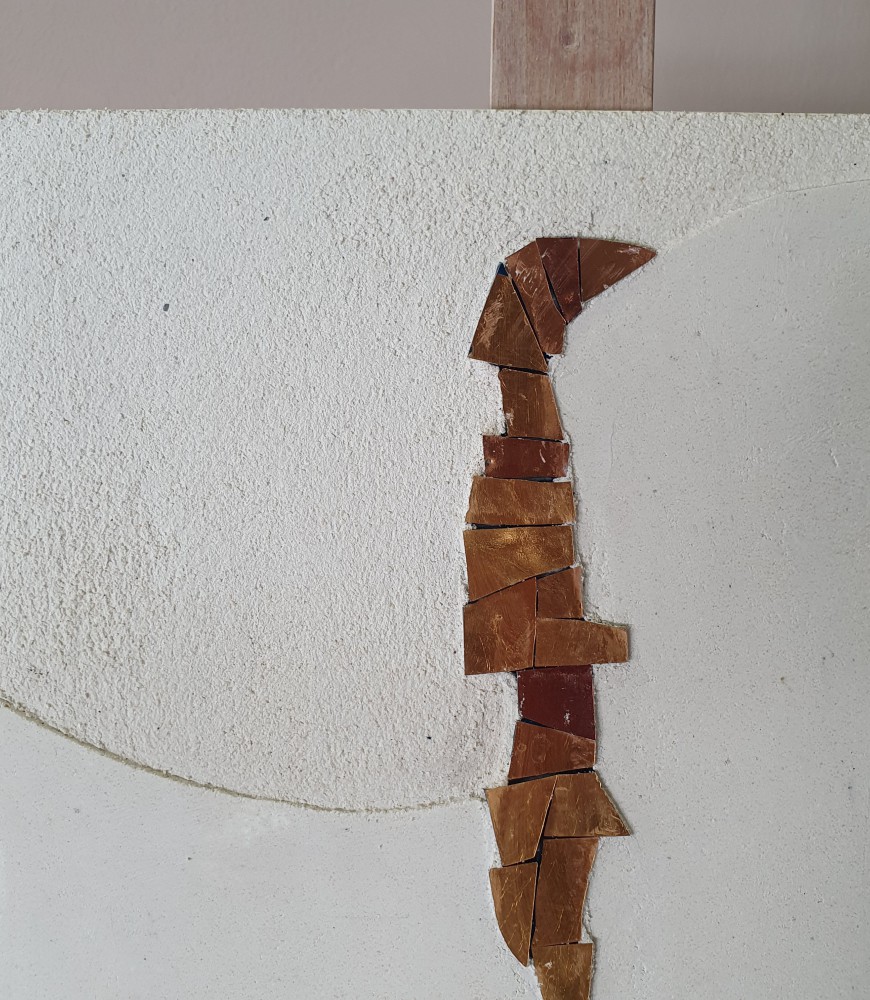 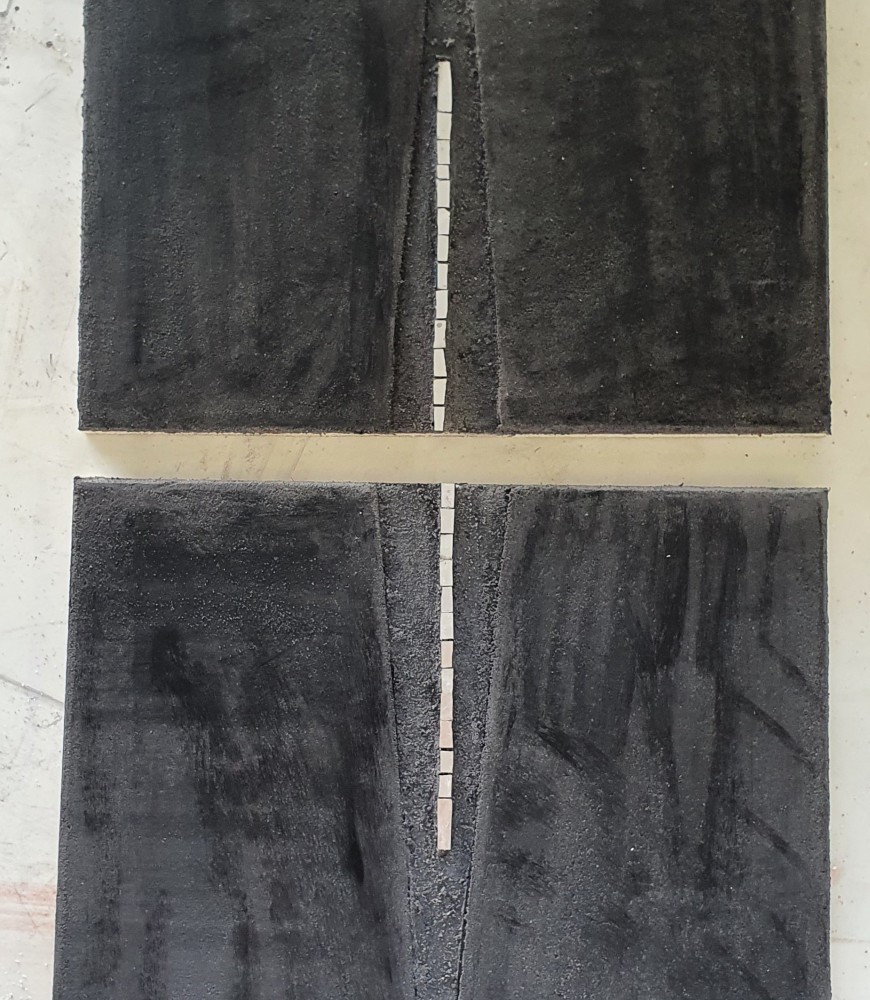 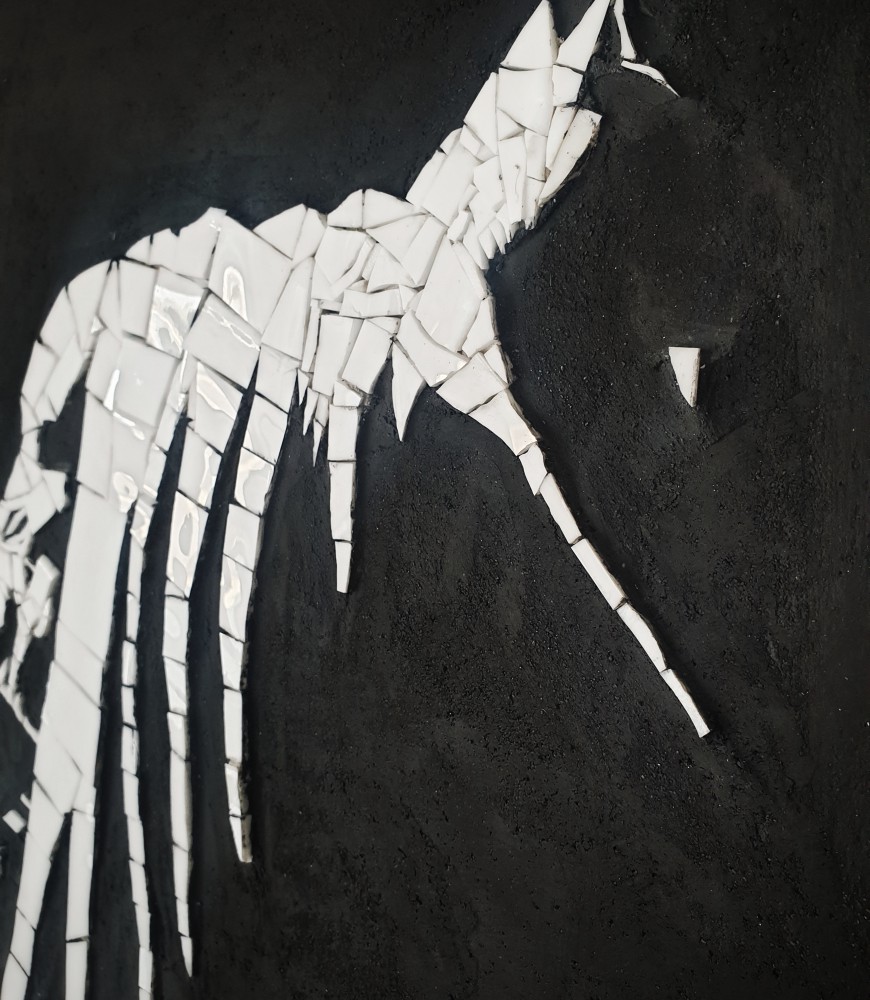 The art of stucco and mosaic in Venice: tradition or contemporaneity?

Dear architects and designers, are you looking for new ideas and proposals? This article is for you.

I would like to say that I had a brillant intuition, but that would be incorrect and conceited. It was you who suggested this to me.

In this article about mosaics I want to talk to you about:

Lately I've been meeting several professionals like you that spent a couple of days in Venice. Non-venetians so to speak. On the other hand I met you outside my “territory”, and I noticed interest for local decorations of traditional marmorini plasters. Especially from enthusiastic reports after visiting Procuratie vecchie (just restored) and under the arcades of Piazza San Marco at the Olivetti Showroom.

Not agreeing is impossible !

What's a  marmorino stucco and its history

The marmorino stucco has a really ancient tradition that has made a strong comeback in the last few years.

This precious stucco can create marble figures and beautiful reflections of light, creating a smooth surface that can make every environment elegant and refined.

Basically, the marmorino is a plaster that decorate the context and protects the walls from infiltrations. The stucco marmorino is also very homogeneous and is consisting of calcium carbonate.

During ancient Rome it was used for the finishing of buildings (De Architectura di Vitruvio is an example of historical document about it) but it was widespread between 1600 and 1700 mainly in the Veneto region. During those centuries its processing changes: the layer of lime and marble dust thickens and it is made through wide irons that allow it to be leveled in a linear way. The venetian areas were particulary humid and the marmorino was placed on a layer of lime and cocciopesto.

From these processes derives the name of Venetian stucco marmorino.

Creating the marmorino isn't an easy process, and it's suggested to ask help to a professionist.

I admit that I've taken this kind of work for granted.

From the decorations in stucco marmorino, cocciopesto, pastelloni, it was a path that accompanied me during my artistic training and in the first years of restoration work. Processes that I took up again after starting to make glass paste mosaic (and how could you ignore glass while being in Venice).

Yet what I want to tell you is closer to a reflection.

Mr. Olivietti chose Venice for his typewriters, and Carlo Scarpa helped him built his display.

It was the 50s and, like them, other designers (Fulvio Bianconi, Tommaso Buzzi and a young Carlo Scarpa) approached the world of venetian art and craftmanship by creating modern works that remain current, in spite of any era or fashion.

What did they do? They told a story of a company through space, light, attention to details and the choice of materials in a very venetian way, unique in its genre.

Before you get offendend, in this story I'm not the bright one (although I'm convinced that I know how to juggle with marmorini stuccoes and mosaics), but I also like to tell stories in my own creative way.

The simplest materials can bring to life beautiful decorations for mosaic

Have you ever wondered what possibilities can arise from a meeting and an exchange of skills?

I did, and I had the luck of seeing it and experience it more than once.

During my training and the first decade of work, I specialized in the restoration of wall fresco paintings, marmorini stuccoes, stucco decorations, pastelloni and plasters in general.

I didn't imagine how simple materials (literally cooked and inert stones) could lend themselves to admirable decoration with truly performing physical and chemical characteristics. As well as aesthetic :-).

Moreover, before the advent in industry, the birth of new materials and different construction techniques, the ancient romans have taught us that a well-made wall can resist everything and the human being managed to give it a thousand different faces depending on historical and artistic period. 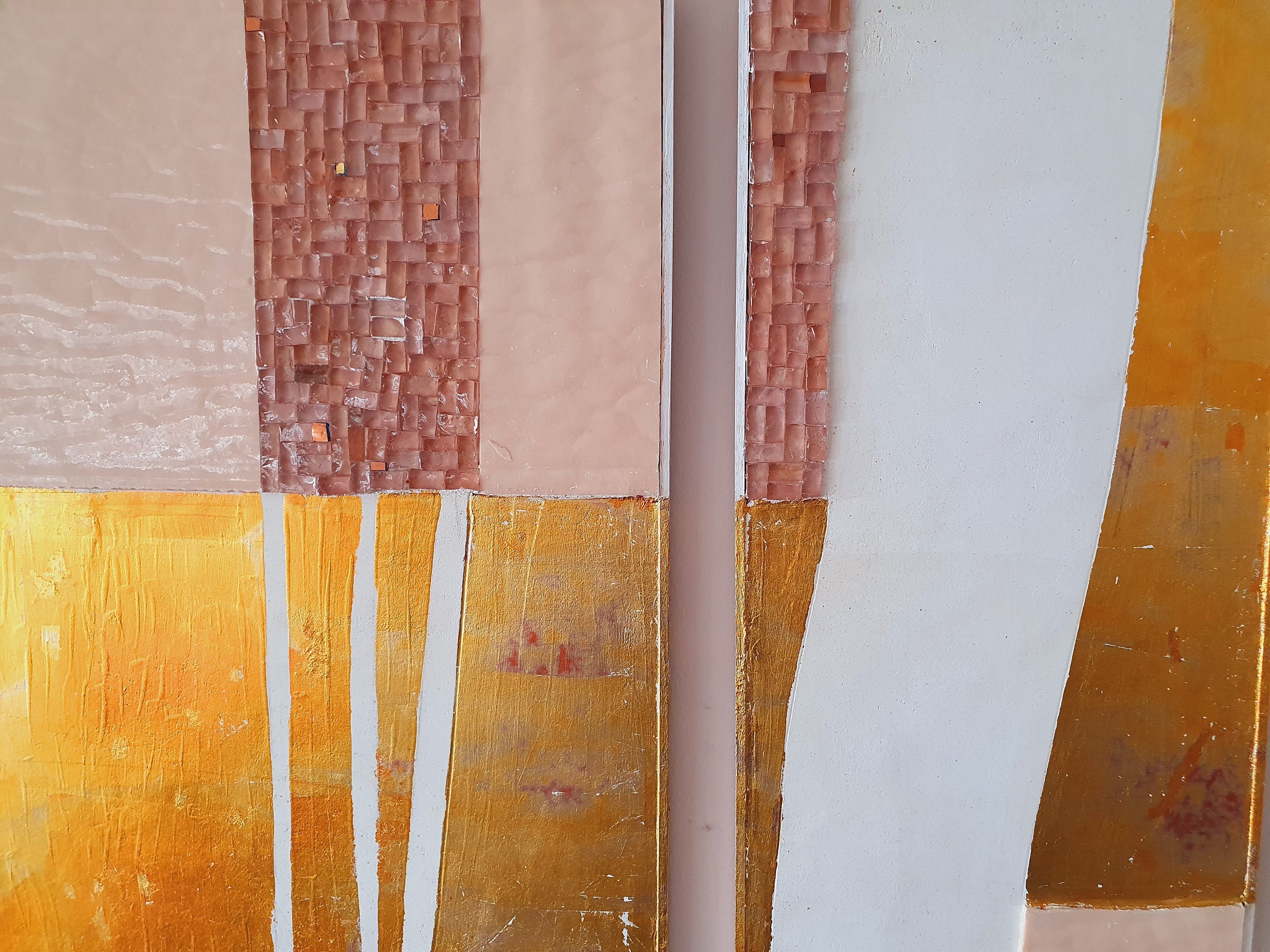 The same thing then happened with the glass paste: sand, metals and oxides that with the heat of the fire give rise to that gorgeous material that is glass. I could dwell on it and end up boring you.

We come to today. I was really sorry to give up and lose all of this. I told myself that maybe I could use these skills, and I started creating mosaic panels, in gass paste tiles and sheets, and traditional venetian marmorini. Together, the two materials create a beautiful balance of full and empty spaces, opaque areas and reflections.

They are artistic panels but...can you guess how many different things can be done?

As Scarpa and Olivetti did, it's time to be global, but how?

Architects and designers, you are indispensable in this transition, you can transform tradition into something contemporary.

Should we talk about it?

This is what I like about my work: thinking about something that was only in my mind and then becomes real. But when it comes to making something I haven't imagined yet, I like it even more!

Leave a CommentLeave a Reply